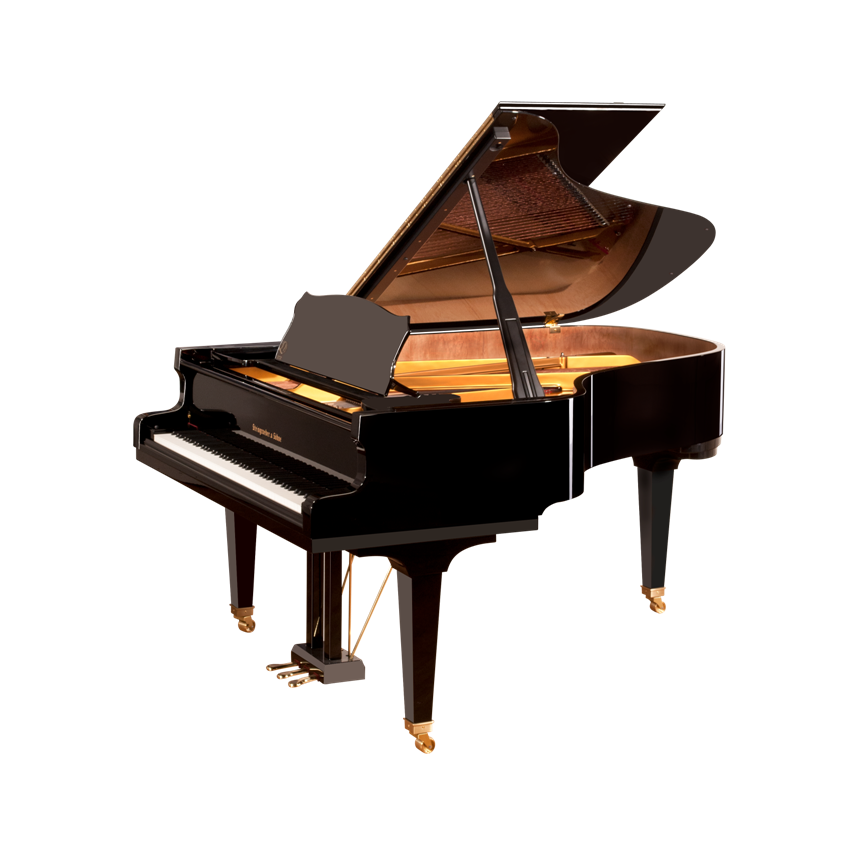 A New Standard for Salon Grands from Steingraeber & Söhne

In honour of the Liszt Anniversary, Steingraeber & Söhne unveiled a new 192 cm (6’3”) grand at the 2011 Bayreuth Festival. It is closely modeled on the Liszt grand, which is to say the Steingraeber C-212 and its predecessor, the 1873 Eduard Steingraeber 200.

The unique, distinctive features of a Steingraeber that immediately spring to mind are:

The first B-192 grands were delivered punctual for Christmal 2011 to their new owner. In addition to discerning private clients, this new grand piano is particularly well suited to professionals and for use in music conservatories.

At Steingraeber & Söhne, professional pianists and musical institutions are our primary customers. Besides the highly differentiated color spectrum that has become the hallmark of our sound, clients often choose a Steingraeber because our mechanisms are both speedy and reliable. That is why we’ve placed so much value on this grand piano’s affinity with its big brother, the C-212. In fact, it is such a priority that the actions of the C-212 and the B-192 are virtually identical!